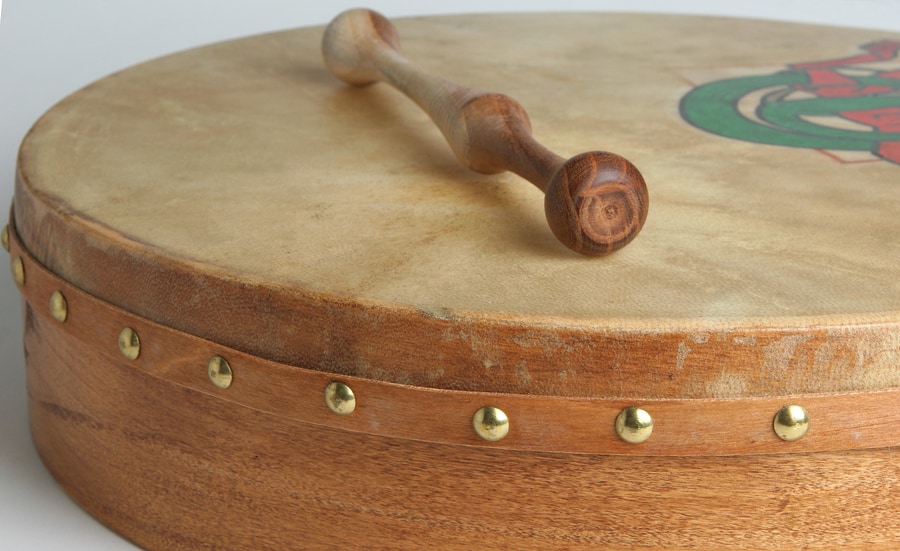 The bodhran (pronounced “bow-rawn”), or simply the Irish drum, is an Irish frame drum measuring 12 to 24 inches in diameter and a depth between 4 to 8 inches. Its body is usually a hard, circular wooden or plastic piece. Normally, people make the bodhran drum using goat skin, however, modern bodhrans have been made using other animal skins as well as synthetic materials with similar qualities. The skin is tacked to one side with the other side left bare and open to facilitate control of the pitch during play, which is done by placing your hand against the inner part of the Irish drum.

Occasionally, the frames may be fitted with a crossbar or two to aid in tuning. Bodhrans that have been professionally crafted are fitted with integrated tuning so that the player uses a hex key to either tighten or loosen the skin. The art of tightening or loosening the skin depends greatly on the weather conditions. When buying a bodhran, it is important to learn the difference between tacked bodhrans and tunable bodhrans.

At first glance, the Irish frame drum might seem like an easy musical instrument to play, but that is not always the case. It uses the coordination of both the lower and upper body depending on the style being played. In order to play the Irish drum, the drum must be held on the thigh and supported by the arm and the upper body at the same time. One hand must be placed under the skin to tighten or loosen it by pushing to provide the required pitch and timbre. The varied tension of the skin, coupled with the strike of the tipper, produces the tunes.

History of the Bodhran

There is raging debate about when exactly the Irish drum was invented, with many people viewing the drum’s musical prominence as a relatively newer phenomenon. This would make sense due to the drum’s sudden rise to fame during the 1960’s Celtic music revival (largely due to popular Irish musician Seán Ó Riada’s use of the instrument) when before it was mostly played by young boys in street parades. However, a theory proposed by Irish Music magazine editor Ronan Nolan is that the Irish drum evolved from an invention known as the “poor man’s tambourine”[2] which was made from farm machine parts and lacked the cymbals regularly seen on tambourines. According to Nolan, this instrument became popular in the south-western remote parts of Ireland among wren boys or mummers.

There is also an ancient canvas painting by Dan Maclise who lived between 1806 and 1870 that clearly shows the Irish drum being played at a Halloween party. Interestingly, it appears they were played by use of bare fingers as opposed to tippers as is the case with the modern Irish frame drum.

The name “bodhran” is an Irish word that derives from the word bodhar which means deaf or dull.[3] Others insist the word means skin tray due to its likely origin within agriculture.[4] Either way, this tambourine replacement has grown in popularity within Irish traditional music since the 1960’s as well as other nearby countries. In Scotland for example, Celtic music has gained a considerable amount of popularity with the bodhran drum labeled as one of the staples of its music. Southern England also has an instrument by the name of the “riddle drum” (sometimes called the crowdy-crawn) which bears a striking similarity to the Irish drum equivalent and has become increasingly popular in their music.

Modifications to the Irish Drum

Nowadays, most bodhrans will have insulated edges to reduce unnecessary tones brought about by vibrations of the skin. The most common material used for insulating is electric tape because it’s made of rubber and is easy to stretch. Modern bodhrans have also been fitted with screws to aid in adjusting the skin tension to required levels. Players by now know that atmospheric conditions may influence loosening or tightening of the skin and, therefore, will use these screws to make necessary adjustments to the Irish drum.

The Irish drum is most often played with a small piece of wood known as a tipper. According to history, tippers were initially crafted from bones. Today, however, there are various types of bodhran tippers made mainly from wood. Bare knuckles can also be used to play this instrument, but it is no longer as common as it used to be. The type of tippers used may determine the style, with the double-headed tipper being ideal for the famous Kerry style, and the single-headed tipper performing the West Limerick style. These styles were named according to the place of their origin.

With the evolution of bodhran music, more and more playing techniques and styles have been born thanks to players like Tommy Hayes and Abe Doron, among others. This newer style of playing is usually done on a smaller, but deeper drum that uses a thinner skin and a straight tipper with the main focus on the top of the drum. Sophisticated techniques that prompt players to follow tunes being orchestrated have been developed, resulting in what has been deemed by many as the rebirth of bodhran music. These techniques have not only received accolades in Ireland but also the world over with rookies receiving music lessons taught using these newer techniques rather than the former techniques.

Listen to Some Funky Bodhran Music!

Watch Josselin Fournel of the band DOOLIN’ break it down with this funky Irish drum solo! As you can see by the way Josselin plays, the Irish drum requires exceptionally good hand-eye coordination and rhythm in order to play it effectively. Most professional Irish drum players are the way they are because they spend hours at a time practicing their stroke, so don’t be discouraged if you’re just now thinking of playing one or have been playing one for a little bit. Practice is the key, and good practice habits mixed with dedication can go a long way if you’re wanting to learn how to play the bodhran!

Here are some other fantastic bodhran music videos to tap your feet to: 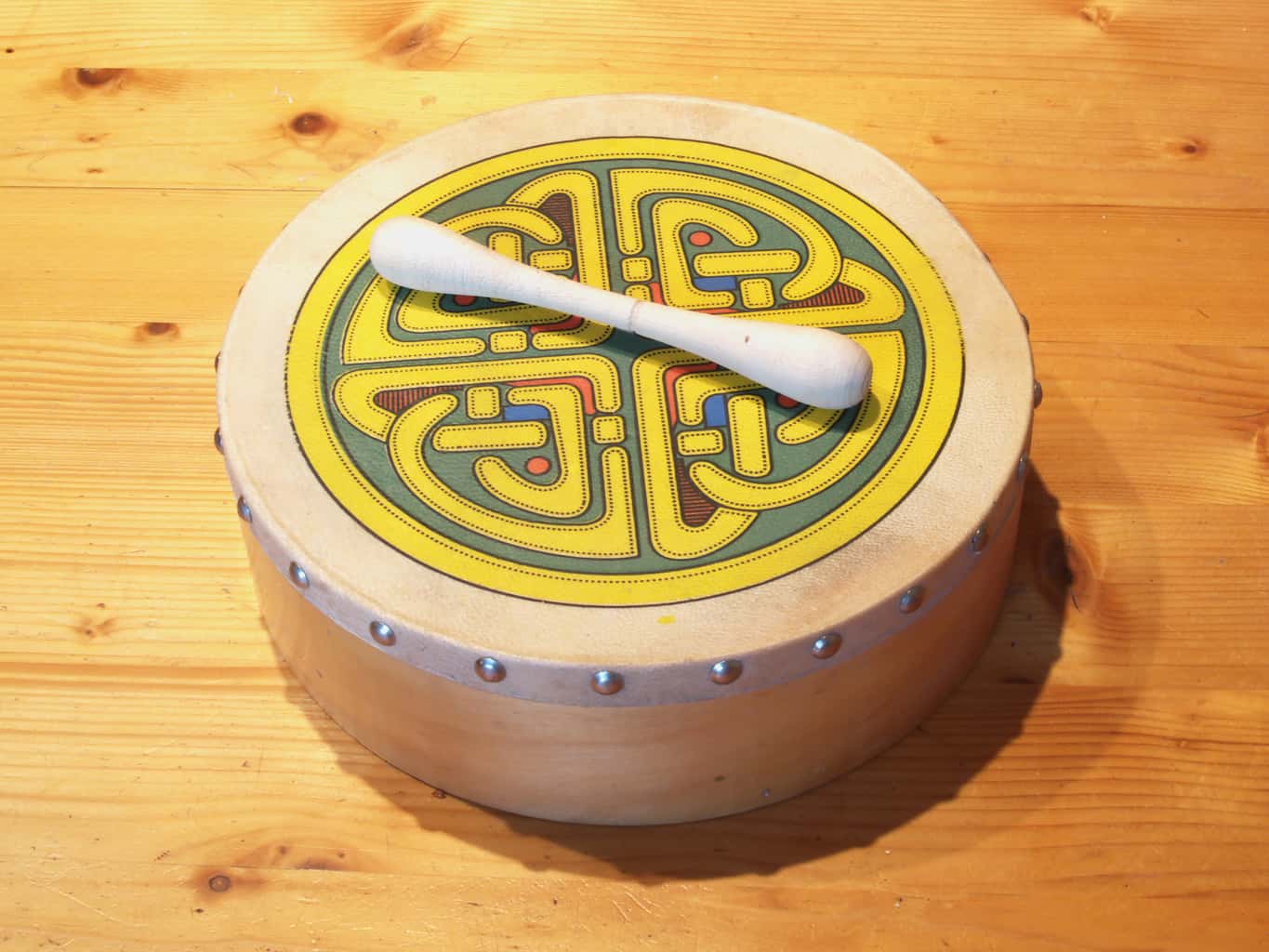 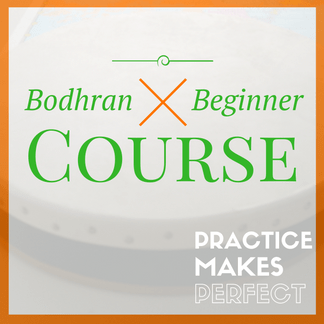