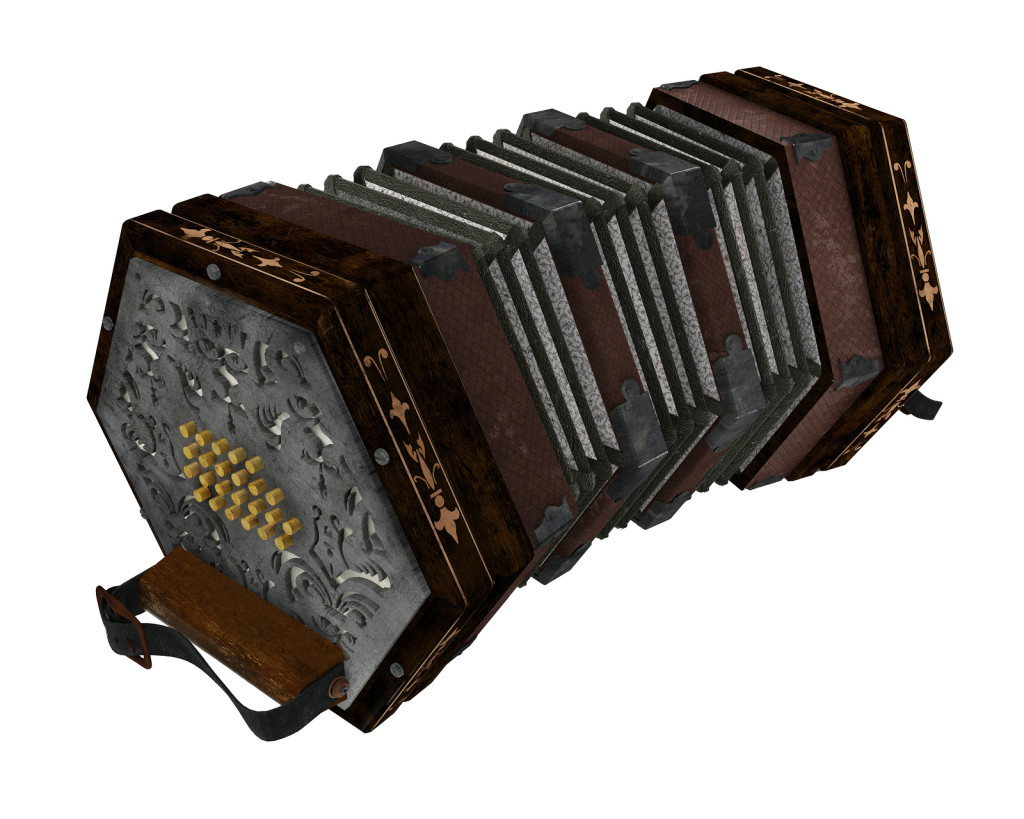 The concertina is a free-reed Celtic musical instrument, a lot like the harmonica and some other accordions, with buttons and bellows on both ends. When pressed, the buttons move in the same direction as the bellows. Simultaneously developed in England and Germany by Sir Charles Wheatstone in 1829 and Carl Friedrich Uhlig in 1834 respectively, the concertina, also known as the squeeze box or button box, is used for traditional music, most notably in England, Ireland and South Africa.

History of the Concertina

During the mid-1830s, concertinas were made and sold in England and Germany as two different types specific to each country. With the growing popularity of concertina music, both types continued to evolve into their current form even though the difference in pricing led to a class distinction between the two. While German concertinas came to be known as lower-class instruments used mostly by daily-wage workers to perform music on the streets, English concertinas, on the other hand, developed an air of bourgeois respectability with the upper classes enjoying the exact same melodies – only in lavish drawing rooms and fashionable concert halls. Over time, the former went on to be associated with popular dance music like polka and tango while the latter continues to serve as a parlour instrument for classical compositions.

During the 1850’s, the German concertina’s ability to play both accompaniment and melody caused English manufacturers of the instrument to develop a variety of Duet systems. The concertina remained popular throughout the 19th century when the Salvation Army in England, Australia, America and New Zealand frequently used it as part of their band’s compositions. However, the popularity of the instrument did eventually fade in those countries while German emigrants carried their versions of the concertina to Argentina and Africa, where it continues to play an important part in the local music scene even today.

During the first half of the 20th century, the growing popularity of the accordion, mass production of other musical instruments, emergence of less tonal and more chromatic forms of music and the overall decline of amateur musical performances caused the concertina to seem obsolete. Though some manufacturers continued to manufacture the concertina even then, most of them were making use of unreliable, inexpensive button mechanisms and used accordion reeds. As the few bands, which were still using the concertina during the period between World War I and World War II, disappeared into oblivion with the rise of Nazism, the musical instrument too lost its identity.

However, folk revival movements during the 1960s led to the revival of the concertina, with its Anglo version being increasingly used in the traditional music of Ireland. Today, concertina music is played in many parts of the United Kingdom, most often with the help of the English and Anglo systems. The instrument is mass-produced in China and Italy even though individual workshops in Europe, Australia, North America and South Africa are known to manufacture it as well.

As is evident from the rich history and prevailing popularity of the concertina, some musical instruments keep making a comeback despite being undermined time and again. The artistic ideologies, which led to the revival of the concertina in recent times, have not only succeeded in recognizing certain cultural values of the 19th century that could have been lost forever, but also managed to preserve the integrity of the same by promoting the use of this beautiful, classical instrument all over again.

Concertinas belong to the family of hand-held, bellows-driven free reed musical instruments that are made according to different systems, distinguished by keyboard layout and whether each button produces the same or different notes with the change in direction of air pressure. Since the instrument was developed simultaneously in England and Germany, the systems can be divided into English, German and Anglo-German types. 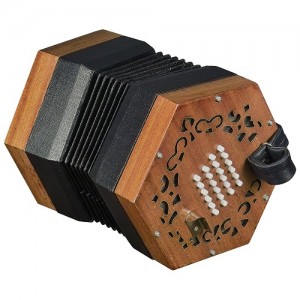 Both the English and Duet concertinas bear similarities in structure and history. Both are unisonoric and play a chromatic scale, with each button producing the same note irrespective of whether the bellows are being pushed or pulled. Both these instruments, developed by the English, are smaller than the concertinas made by Germans. While mostly hexagonal, sometimes they can have eight, ten or twelve sides even. The English concertina alternates notes of the scale between both hands, allowing a musician to produce rapid melodies. The Duet concertina on the other hand places high notes on the right hand and low notes on the left, allowing a musician to interlace melodies with harmonies. 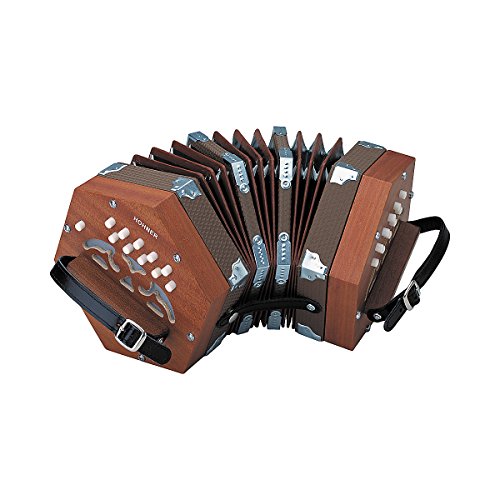 German concertinas were manufactured primarily for the local diaspora and they are larger in size than their English counterparts. Usually bisonoric, these instruments make use of “long plate” reeds and are square-shaped. Sometimes, a German concertina may have more than one reed per note, thus allowing a musician to produce a vibrato effect as well. In the Midwest of the United States, where there is a significant population of Central European and German descendants, the classical instrument is often referred to as the Chemnitzer concertina. This version of the concertina is bisonoric and a lot like the Bandoneon even though it has a different keyboard layout, some mechanical innovations and a unique decorative style. 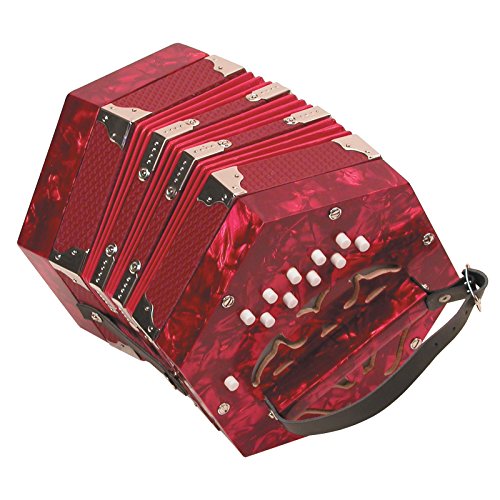 Also known as Anglo-German concertina, Anglo concertinas are a hybrid of the English and German systems of the musical instrument. The button layout is the same as the original 20-button German version in a bisonoric system. Within a short span of time, the easy-to-use and inexpensive German concertina was suddenly more popular in Ireland, England as well as North America, which caused English manufacturers of the instrument to remake their own versions using concertina reeds instead of long-plate reeds, hexagonal ends and independent pivots for each button. This is what most musicians refer to as the modern Anglo concertina today. 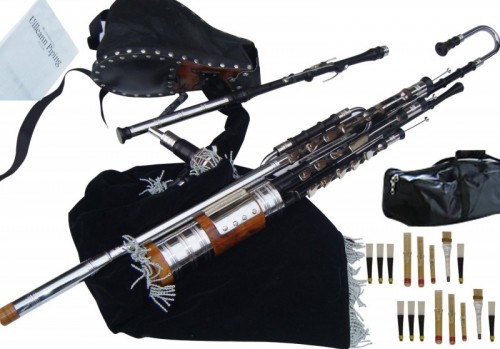