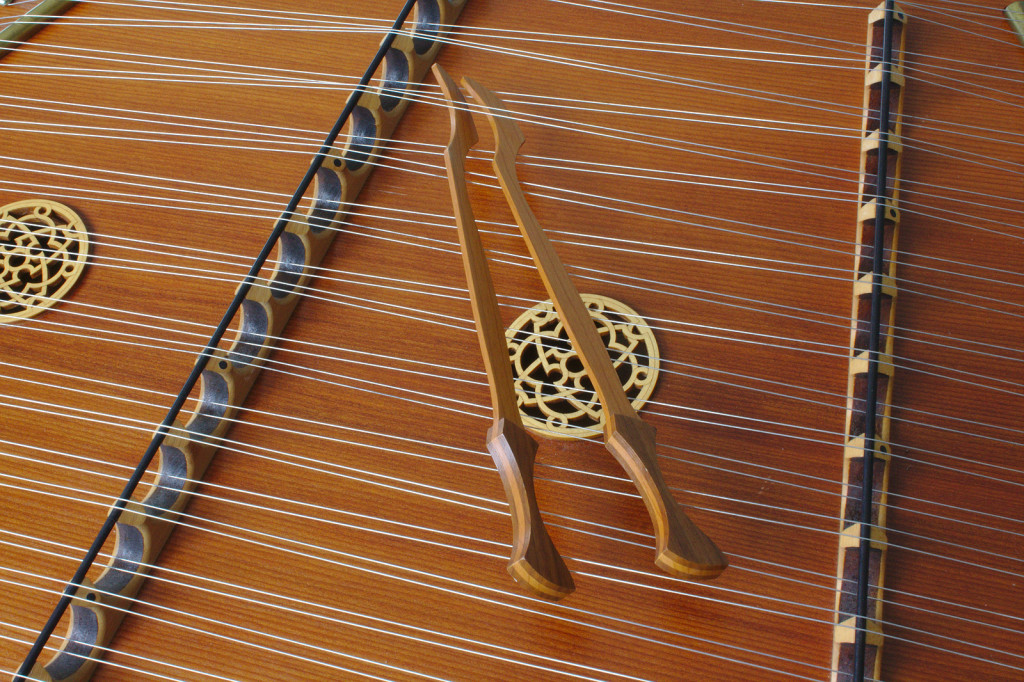 The hammered dulcimer is an instrument played by striking strings stretched over a trapezoidal sounding board using small mallets held in each hand. The Graeco-Roman word “dulcimer” has been part derived from the Latin term dulcis, meaning sweet and the Greek term melos, meaning song.

The dulcimer, in which the strings are struck with small hammers, is much like the musical instrument psaltery that requires its strings to be plucked. Soon after the emergence of the dulcimer, musicians perceived that the different mechanisms used to play the two instruments, which eventually led to the formation of two distinct families, actually produced different tone qualities. While the psaltery eventually evolved into the harpsichord, the dulcimer grew into what musicians call the pianoforte today.

History of the Hammered Dulcimer

This musical instrument possibly originated in the Middle East around 900 AD. Its use in traditional music spread from the region of North Africa to Europe until eventually finding a home in Spain among the Spanish Moors in the 1100’s. Though called other names, such as tympanum in France and possibly Ireland, cimbalom in Hungary and hackbrett in Germany, the hammered dulcimer remained a popular musical instrument across Eastern and Western Europe during the Middle Ages.

However, despite its popularity across the world, this instrument’s existence virtually disappeared during the first half of the 20th century, leaving many people scratching their heads today wondering why. Some have speculated it was due to pianos becoming more fashionable, leaving the hammered dulcimer behind. Fortunately, the stringed instrument is now seeing a revival among Celtic music players as well as other musicians, with new hammered dulcimers being produced and musicians taking a keen interest in playing the once forgotten instrument.

Variations of the hammered dulcimer are played in India, Iran, Iraq, China, Romania, Hungary, Slovakia, Switzerland, Poland, the Czech Republic, Belarus, Ukraine and Scandinavia as well as across the United Kingdom and the United States, where its use in traditional folk music started to witness a revival during the late 20th century. This traditional stringed instrument can be heard at contemporary music festivals that are known to feature folk compositions, with special attention paid to dulcimer music. 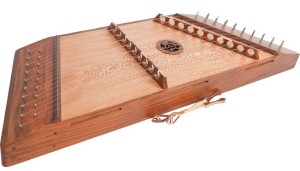 A hammered dulcimer is set on a stand, at a certain angle, for the musician holding small mallet hammers in each hand to strike the strings. Extensively used during the Middle Ages in England, Italy, France, Germany, Spain and the Netherlands, the hammered dulcimer developed a distinctive name in each region and was regarded as a form of psaltery.

The Appalachian dulcimer is a fretted string instrument belonging to the zither family and it typically has three or four strings. Having originated in the Appalachian region of the United States, the body of this dulcimer extends the length of its fingerboard and its fretting is usually diatonic. Even though the mountain dulcimer first emerged among Scottish-Irish immigrants during the 19th century, the instrument is not known to have a predecessor in Scotland or Ireland. Because of the dearth of documentation, the mountain dulcimer’s evolution has remained largely speculative, with researchers tracing the instrument’s development through different periods. They believe its origins lay in several European instruments, including Norway’s Langeleik, Sweden’s Hummel, France’s epinette des Vosges and Germany’s Scheitholt.

The banjo dulcimer is a modified mountain dulcimer that has an additional vibrating membrane, which allows the volume and tone of the musical instrument to be altered.

A resonator dulcimer is another form of the mountain dulcimer that features a metallic resonating cone inset, which is known to receive and acoustically amplify the vibration of the strings.

The bowed dulcimer is a modified Appalachian dulcimer that requires a bow to be played. The purpose of this dulcimer was likely to create a hybrid between the dulcimer and the cello.

The electric dulcimer makes use of a pickup to amplify the sound of the strings. They are available in a variety of styles and sizes. While the electric Appalachian dulcimer is the most common, electric hammered dulcimers are played frequently as well.

See the Hammered Dulcimer in Action!